Stronger Together: protecting children from online pornography by inviting a public health response

JOIN US FOR THE CONNECTING TO PROTECT 2021 INAUGURAL GLOBAL VIRTUAL SUMMIT
October 13-15, 2021

Stronger Together – protecting children from online pornography by inviting a public health response is a world-first initiative to address this issue globally. The Stronger Together Summit facilitates expert-led educational and collaborative sessions on strategic responses to protect children and young people from online pornography. Hosted by Connecting to Protect, the summit focuses on:

As part of participating in this world-first initiative, we request that summit delegates read and agree to our memorandum of understanding. Where possible, we also invite attendees to contribute by providing an overview of their country’s current approaches to addressing this issue.

Attendees will have access to most speaker presentations after the event ends. Category A Continuing Education Credits are offered for all Professionals by the University of Calgary Faculty of Social Work. To ensure accessibility for all, Connecting to Protect is also offering summit scholarships to eligible applicants.

Lessons learned from the inaugural 2021 Global Virtual Summit will inform a Global Action Plan: Strategic Response Report. We aim to:

This Public Health Response has the support of the University of Calgary Faculty of Social Work.

Say hello to our summit presenters, each an expert in their field. 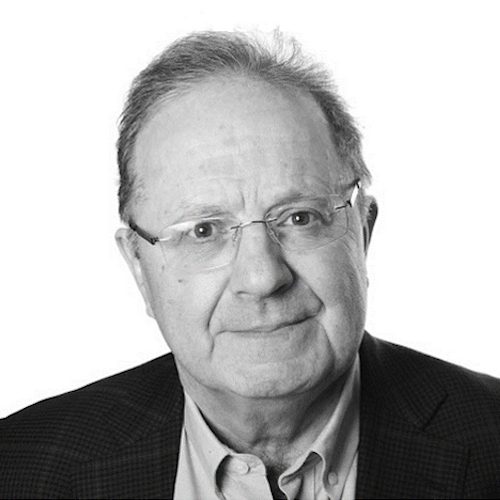 Technical Adviser to Bangkok-based ECPAT International and Secretary of the UK's Children's Charities'; Coalition on Internet Safety Foundation and which provided a considerable part of the leadership in the UK's efforts to adopt an age verification requirement for pornography sites. 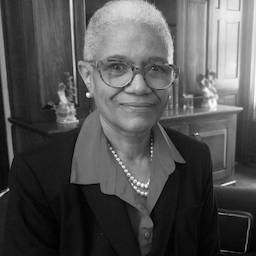 Sharon Cooper is the CEO of Developmental & Forensic Pediatrics, P.A., a consulting firm that provides medical care to children with developmental disabilities, as well as medical care, research and training, and expert witness testimony in cases of child maltreatment. She spent 21 years in the United States Army, retiring as a Colonel.

Dr. Cooper holds faculty positions at the University of North Carolina Chapel Hill-School of Medicine and the Uniformed Services University of Health Sciences in Bethesda, Maryland. She serves on the boards of several national and international organizations focused on violence against children.

Dr. Cooper has lectured both nationally and internationally in well over 300 conferences, including many federal justice agencies, the National Judicial College, the American Professional Society on the Abuse of Children, INTERPOL, and academic conferences focused on Developmental and Behavioral Pediatrics. She has provided extensive training to representatives of more than 45 countries whose hotlines are focused on the rescue and identification of child and adolescent victims of sexual exploitation.

Dr. Cooper is the lead author of two comprehensive texts on child sexual exploitation and coauthor of a book focused on the complexity of investigation, discovery and recovery of missing children and adults. She served on the International Working Group that published the landmark Survivor Survey of victims of abusive images, sponsored by the Canadian Centre for Child Protection. She has testified before the United States Congress, the European Commission, the Manitoba Legislature, the Italian Senate and the Russian Duma (Parliament).
Dr. Cooper has worked with the National Center for Missing and Exploited Children providing victim-centered training for more than a decade and presently serves on the Board of Directors.
Dr. Cooper served on the National Task Force on Children Exposed to Violence at the request of the Attorney General of the United States. She also served as a member of the bipartisan Homeland Security Advisory Council on Children and Families for Customs and Border Protection regarding migrating populations from the Northern Triangle.
Dr. Cooper is the Executive Producer of the documentary Not Just Pictures, which delves into the extraordinary victim impact of abusive images and other types of sexual exploitation. 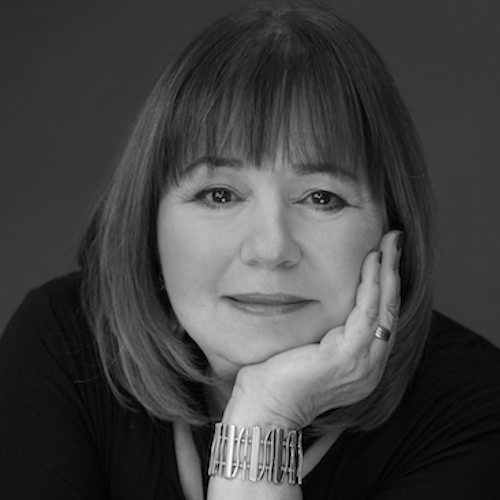 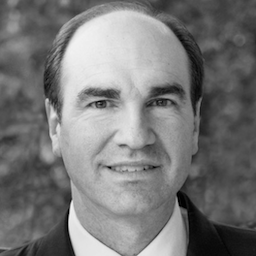 Dr. Hilton is an adjunct associate professor of neurosurgery at the University of Texas Health Science Center at San Antonio, where he is the director of the spine fellowship and the director of neurosurgical training at the Methodist Hospital rotation.
He has authored peer-reviewed journal articles and book chapters on addiction including a chapter on the neuroscience of sexual addiction in a recently published academic psychiatric textbook Neurobiology of Addiction by Oxford University Press. He also serves on the board of directors of the National Center on Sexual Exploitation, and has served on the board for the Society for the Advancement of Sexual Health. Dr. Hilton has spoken at numerous symposiums and forums on pornography as a public health issue in the United States and internationally. He has been featured in several documentaries on the harmful effects of pornography. 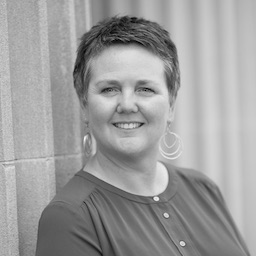 Jennifer A. Johnson, PhD is Professor and Chair of the Department of Sociology Department at Virginia Tech. Previously, she was a Professor and Chair of Sociology at Virginia Commonwealth University, a position she held since 2011. She received her PhD in Sociology from the University of Virginia in 2004 and joined the faculty of VCU in 2005. She has worked for the Department of Defense as a Social Science Analyst for which she was awarded the 2006 Chairman of the Joint Chiefs of Staff Joint Distinguished Civilian Service Award. Her current work analyzes the relationship between pornography consumption and adolescent sexual health as well as a social network analysis of the online pornography to map how the industry markets and relates to users. Her work has appeared in International Journal of Media &amp; Cultural Politics, Journal of Women’s Health, Journal of Sex &amp; Marital Therapy, and Archives of Sexual Behavior. 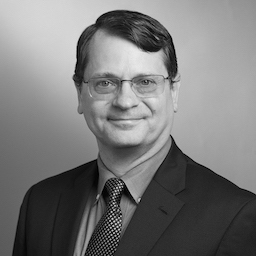 Dr. Potenza is a Professor of Psychiatry, Child Study and Neuroscience at the Yale University School of Medicine where he is the Director of the Division on Addictions Research, Center of Excellence in Gambling Research, Women and Addictive Disorders Core of Women's Health Research at Yale and Yale Research Program on Impulsivity. He has received lifetime achievement research awards and research awards from the Society for the Advancement of Sexual Health and Turkish Green Crescent Society. He has consulted to the Substance Abuse and Mental Health Services Administration, National Registry of Effective Programs, National Institutes of Health, American Psychiatric Association and World Health Organization (WHO) on matters of addiction. His research has focused on the neurobiology and treatment of substance and non-substance (behavioral) addictions and other disorders and behaviors such as problematic pornography use that are characterized by impaired impulse control and reward-related motivations. 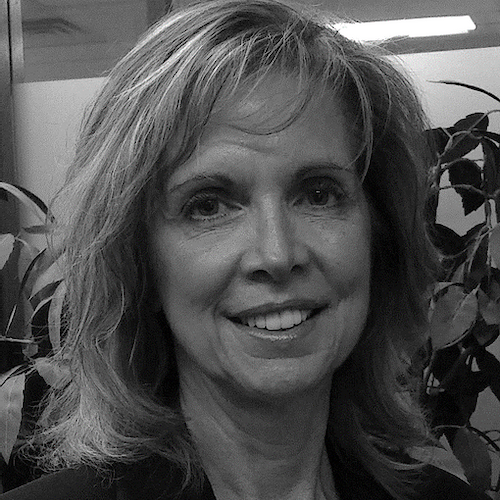 Dr. Jocelyn Monsma Selby is Co-Chair of Connecting to Protect – a public health response to address the mental health and safety consequences of children and young people accessing online pornography.

Jocelyn has worked in a variety of therapeutic roles including the Calgary Police Service, University of Calgary & Bank of Montreal. She is known for her success in working with very difficult cases and is a highly regarded addiction treatment specialist who has managed treatment programs for adolescents and adults and supervised the clinical work of therapists who provide addiction treatment throughout Canada and the United States.

Jocelyn currently manages Monsma Counselling - a Continuing Care outpatient treatment program for addiction, specializing in forensic assessment of individuals with problematic sexual behaviours. During the past several years she has completed doctoral research in the assessment of problematic sexual behaviours and researched the harm caused by children’s unfettered access to legal online pornography. Jocelyn has presented internationally on Crisis Intervention, Workplace Wellness and Addiction. 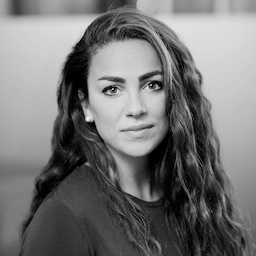 Meghan Donevan is a Canadian-Swede with close to 10 years’ experience working directly with survivors of sexualized exploitation. Meg is the research director at Talita, an organization offering a holistic exit program to women exploited in prostitution, pornography and human trafficking for sexualized exploitation. The knowledge Meg has gained while supporting survivors in Sweden and Canada informs all of her prevention, research and advocacy efforts.
Meg has published peer-reviewed research on pornography’s impact on young people, as well as the harms incurred by women filmed for pornography production. She is the initiator of Reality Check, Talita’s project equipping educators, parents and young people with research-based resources and curriculum addressing the harms of pornography.
Meg has been asked to speak at the European and Swedish Parliaments, the Swedish Government Offices, and other national and international events in Sweden, Norway, Denmark, United Kingdom, Germany, India, Kenya, United States and Canada. 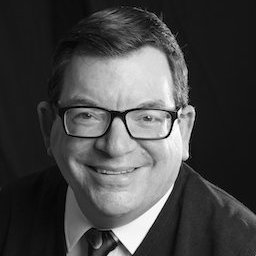 Al Vernacchio teaches at Friends' Central School in Wynnewood, PA. He is the N-12 Sexuality Education Coordinator. Al teaches classes, organizes sexuality-themed programs and student assemblies, provides parent education on human sexuality topics, and is one of the faculty advisors for the Gender and Sexual Orientation Alliance (GSoA).

A Human Sexuality educator and consultant for over 25 years, Al has lectured, published articles, and offered workshops throughout the US. His work has been featured in “Teaching Good Sex”, a November 2011 cover story in The New York Times Magazine. Al has given four TED Talks, and has appeared on national programs such as NPR’s “Morning Edition”, and “1A”. He is the author of For Goodness Sex: Changing the Way We Talk to Young People About Sexuality, Values, and Health published by Harper Wave, a division of HarperCollins. 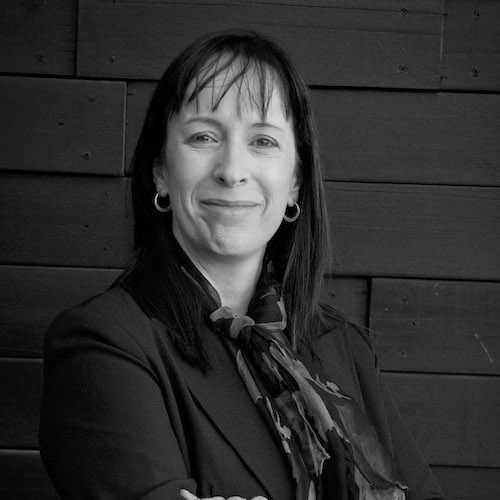 Liz is also Co-Chair of Connecting to Protect: a Global Response to Address the Mental Health and Safety Consequences to Children and Young People Accessing Online Pornography. Previous roles include co-founding the Australian registered health promotion charity eChildhood. Key focusses included progressing Age Verification forward in Australia and collaborating to develop a public health approach to mobilise responses that reduce the harms of pornography on children and young people. Additionally, Liz facilitated parent education for four years as Director of Health Education at Culture Reframed: the global lead in solving the public health crisis of the digital age.

Considered a global leader in responding to pornography harms, throughout Liz’s career she has contributed to numerous public health and child safety initiatives. Liz regularly provides consultancy to government, non-profit, and professional organisations.

Thank you to our sponsors 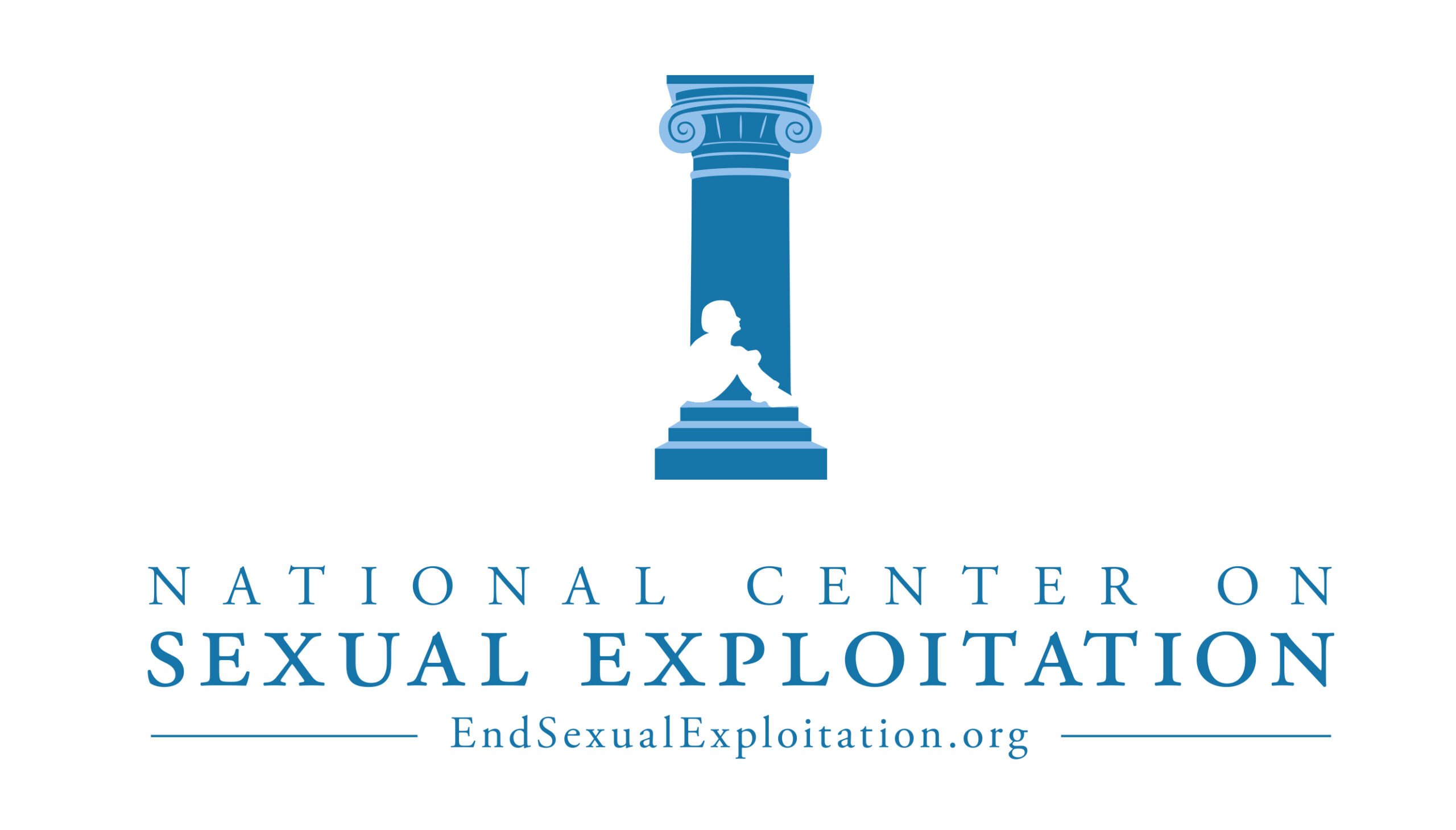 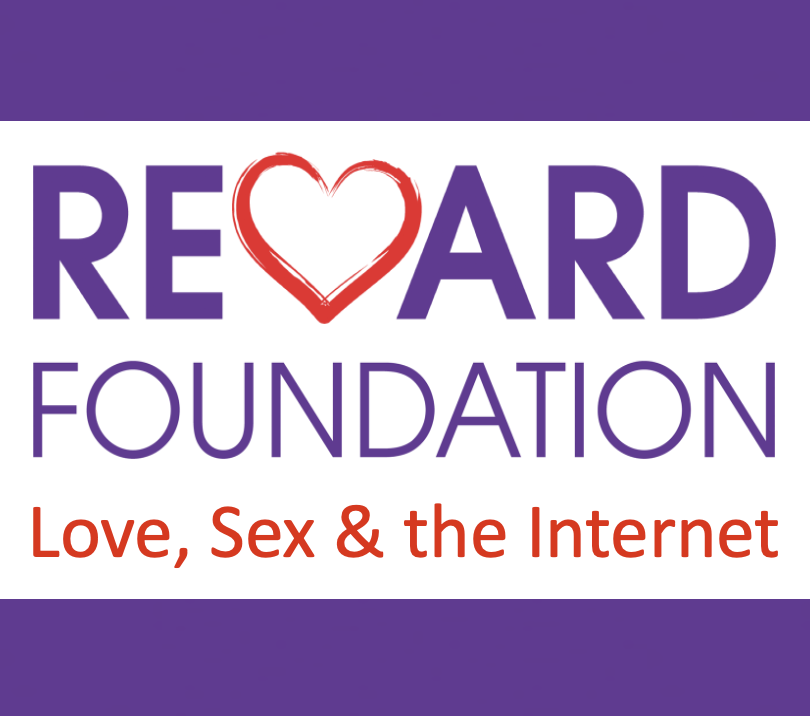 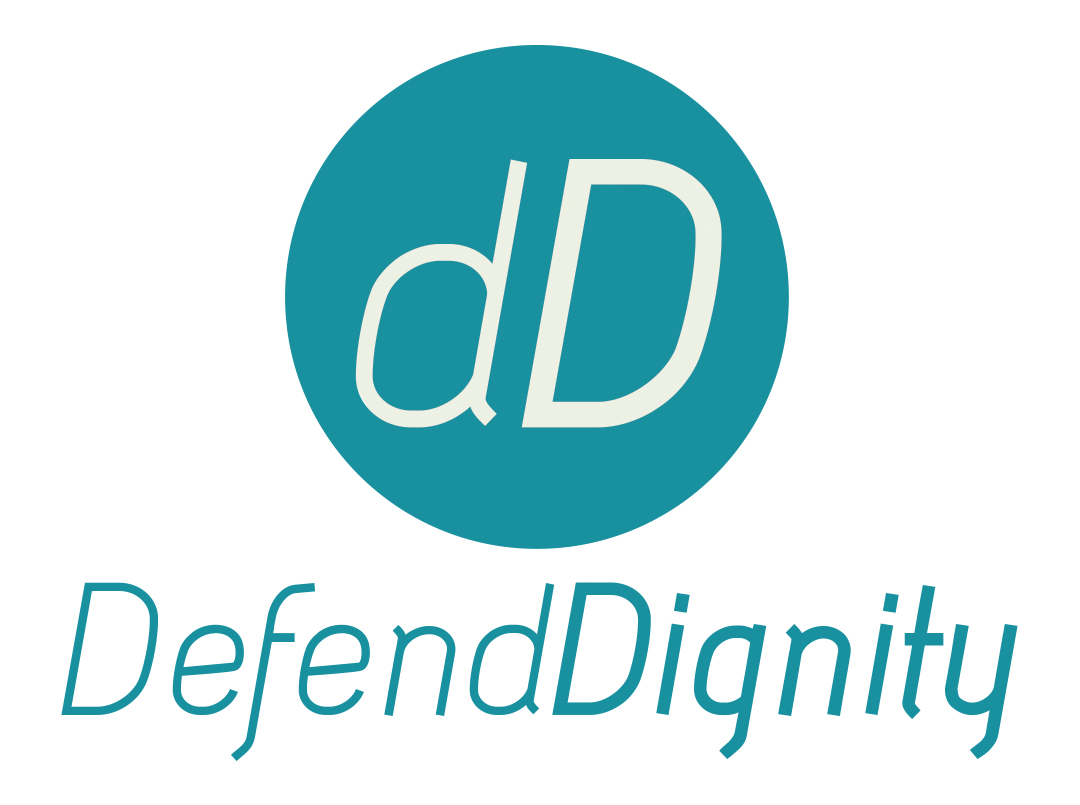 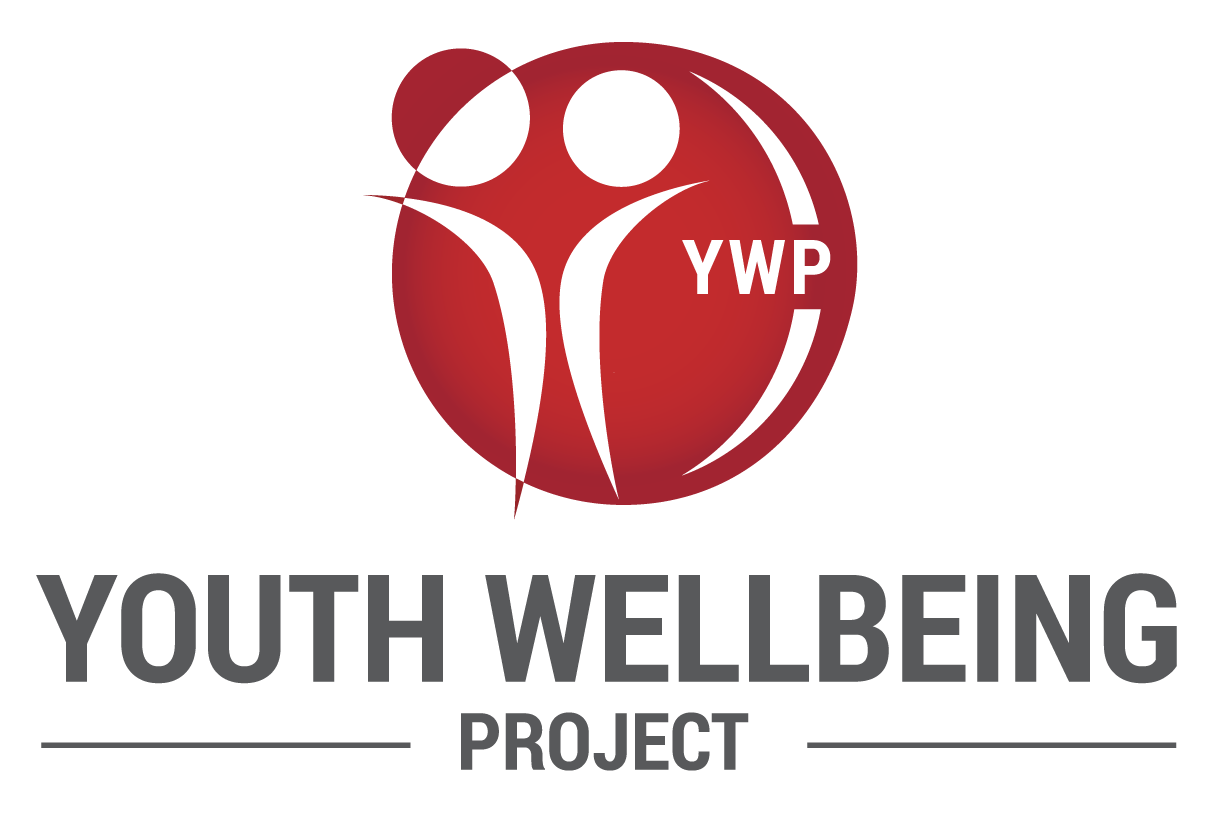 Follow the journey of two filmmaker parents, who accidentally stumbled on the biggest un-had conversation of our time, while researching the pros and cons of handheld devices for their children. 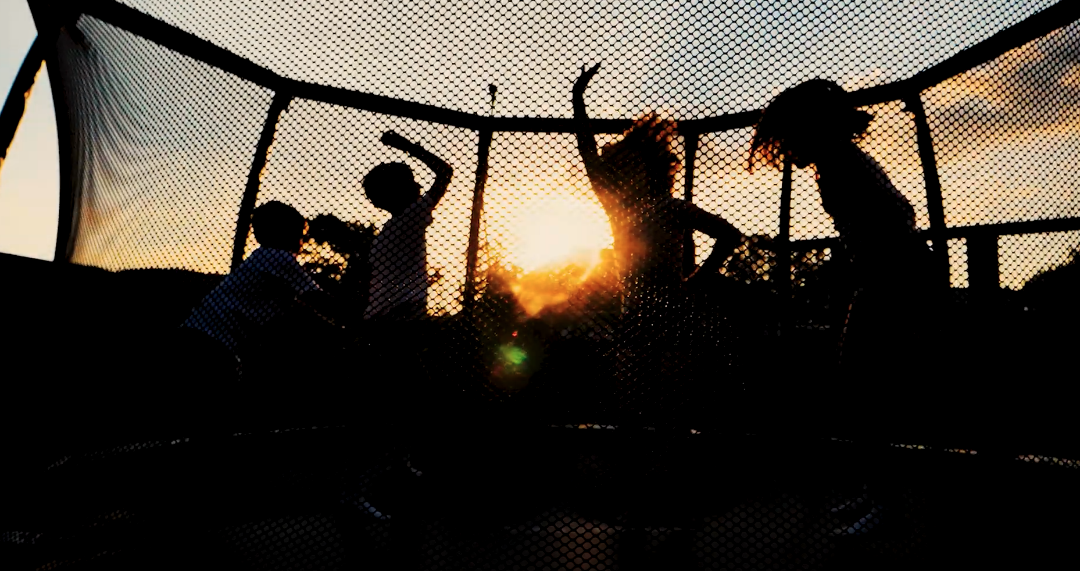